A bit about us

Dawson Shoe Repair first opened its doors in the 1930’s. Despite the Great Depression, there were shoes that needed to be repaired and the shop was able to thrive until the 1950’s when it began running into some rough times. Enter the Wood family and current owners. Estel Wood came into the Dawson Shoe Repair Story in 1956. Estel came to Columbia from Colorado where he learned the craft of shoe repair from his father, in search of a shop he could one day own. L.D. Johnston, the owner of the shop, gave Estel a job with the agreement that the better the shop did the more Estel would own of it. From from then on, he worked hard for L.D. and in 1964 all of his hard work paid off and was given full ownership of the shop.

Bob Wood, Estel’s eldest son, began working with his father when he was just nine years old. Bob loved working alongside his father and with the exception of the four years he served in the military, has been fixing shoes ever since. Bob took over ownership of the shop in 1991 from his father, who continued to come in and work part-time. After Estel’s passing in 2009, Bob’s wife and two children began helping him when they had spare time. For the most part, from 2009 to 2016, Bob ran and grew the shop on his own. In 2017 Matt began full time and is currently learning everything he can from his father so the tradition of the Wood Family in shoe repair may continue. 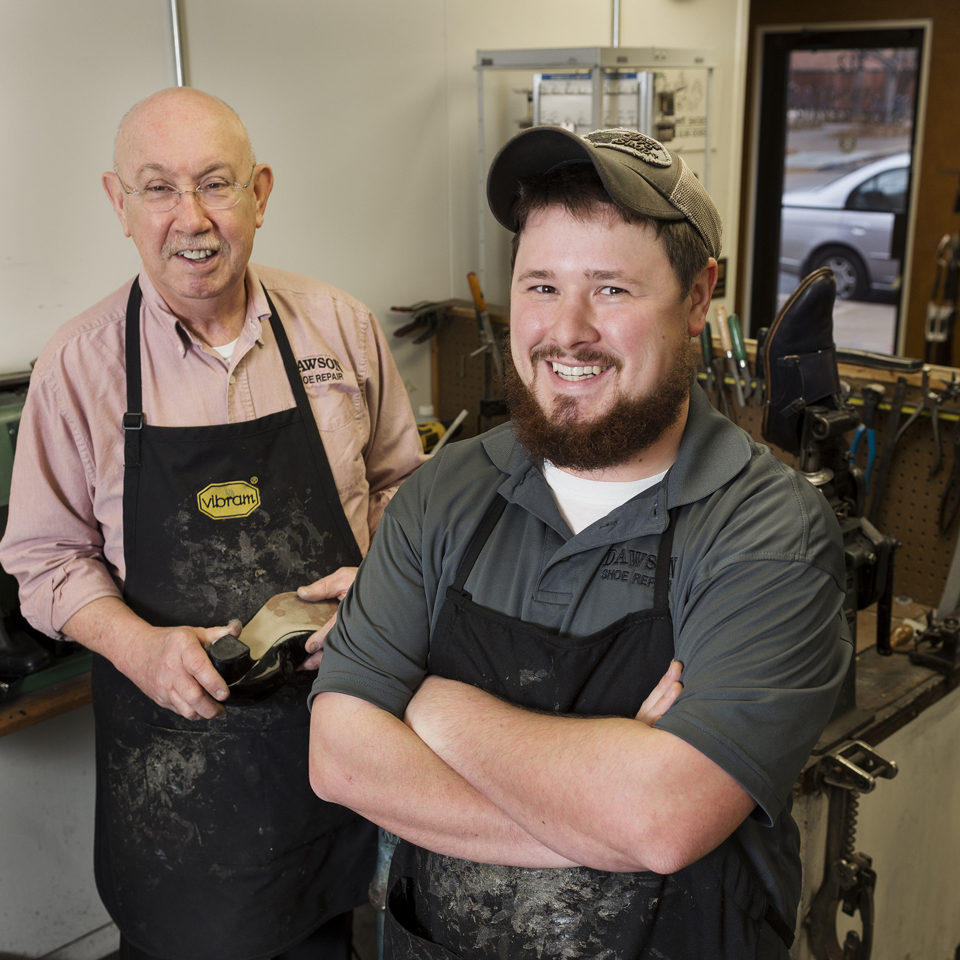 Bob does what he does because he loves doing it. He’s one of the few who has been able to do something he loves for a living: making customers smile and being able to form relationships with customers. Taking a pair of worn out, dull shoes and making them functional and vibrant again is his passion. Seeing the joy on a customer’s face when they see their “new” shoes is the highlight of his day.

Here at Dawson Shoe Repair,  we strive to be like your family: here when you need us. Our goal is to provide fantastic results that make you happy for a reasonable price. Simply put, if you’re not satisfied, we are not satisfied. We backup our work to ensure the satisfaction of our customers. If something we fixed comes apart unexpectedly, bring it in and we will often fix it at no charge or a drastically reduced charge. As Bob often tells people, we don’t pay our bills, the customer does. So if you’re not happy, we want to fix it as best and fast as we can so you continue to come visit us. Our family has been in the shoe repair industry for almost 100 years.

With all of that history, we have learned quite a bit about how to fix things and how to treat our customers. Even though we have such a long history, we are not afraid of trying new things and learning new tricks and finding new or different ways to fix the latest shoes, bags, purses, and luggage. Often times repair is cheaper than new, and if you love your item we don’t see any reason why you shouldn’t be able to enjoy it longer. So come in and visit with us and see what we can do for you to save you money and time.

Dawson Shoe Repair is a place where the old becomes the new. Old well-worn soles and heels are transformed into new, ready for work and wear soles and heels. We can do a half sole (replaces the area that is walked on the most), or replace the full sole. Work boots that need a new sole with a heel can also be replaced with a variety of Vibram soles that will suit the needs of the owner and stand up to the task at hand. Shoes and boots can be shined up and made to impress for a job interview, an important date or just because everyone enjoys having a shined shoe that impresses. If your items have gotten a little (or very)  dirty we can clean and condition them to replenish the nutrients vital to the appearance and long life of the shoes and bags.  We can repair rips and restitch undone threads of beloved shoes and bags and bring them back to their original condition.

A pair of sandals that the strap that has pulled out of the sole? We can fix that also! 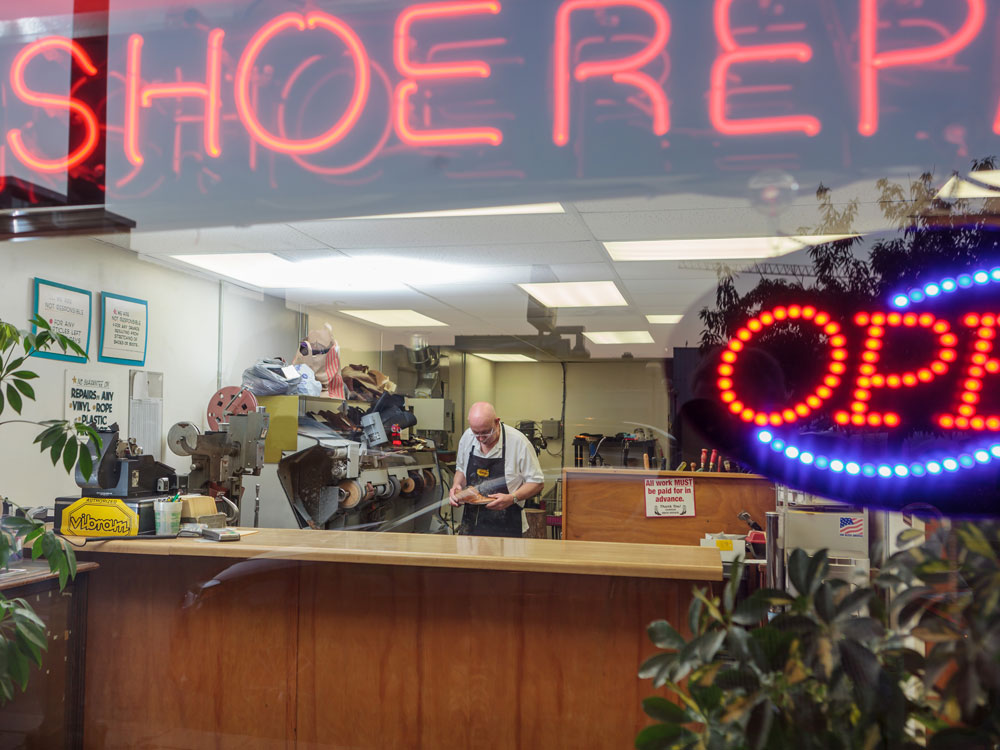 Purses and bags with warn straps can be refinished, altered, or replaced with new leather straps. Boots and bags with broken zipper pulls or entire zippers can be replaced and work like new again. If your shoes are feeling a little snug, we can stretch them and make them fit better so they are ready to be worn without discomfort.

At Dawson Shoe Repair, we are willing to look at everything, including special projects or something you just need a information about. We are a shoe repair shop that fixes more than just shoe. If it’s leather, or even if it’s not, give us a call or just bring it in the next time you’re around and we will try our best to help you!